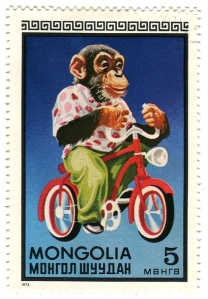 When I was hospitalized after my nephrectomy, I joked I felt like a monkey on display in the circus. Especially when I was in ICU, which was very comfortable for the record as far as these things go, my room “door” was sliding glass doors, so I could see when the doctors and residents were congregating outside my room, discussing my case. Even better was when I could hear them talking about this “very rare” 29 year old. Now, everyone at UCLA treated me with complete respect and compassion, but let’s be real – there’s not much dignity in being hooked up to tubes in nothing but a hospital gown, with containers kindly holding your bodily fluids outside of you as you rely on a nurse or your husband to wet your mouth with a sponge because you haven’t been allowed to drink for days.

It reminded me of my last days with my grandmother as she was dying of metastatic bladder cancer. She came to sit with us at the kitchen table when she began to fall and as we all reached to grab her, she began to cry. “Where is the dignity in this?!” she said with exasperation. It was the only time I ever saw her frustration with her illness. I understand now on a level I didn’t then – empathy, not sympathy – what she meant.

Alas, cancer isn’t done with the last shreds of dignity I have left. After more pokes, prods, pee cups and scans, I am about to become an official science experiment. I will begin a clinical trial this week to see if the National Cancer Institute is right about four different immunotherapy drugs holding the key to stopping metastatic papillary renal cell carcinoma. I will be randomly given one of those four drugs – yes, a computer decides which one. My doctor, the researchers and I have no influence. They’re all FDA approved drugs, but none of them are approved for my type of renal cell carcinoma. Yet. Hence the purpose of this trial.

Clinical trials are sometimes a bit of debate among cancer patients. I was encouraged early on by some survivors to participate in a trial if I was able, although they were hoping it would be more for research’s sake and less because I need this medication. Some metastatic patients prefer a more conservative route – taking traditional forms of medication as opposed to the risks of clinical trials.

There are risks, of course. My oncologist and I have decided to do what we can to minimize those risks. I’ll have to be vigilant about side effects of the medication. My oncologist has agreed that if the medication doesn’t show that it’s working that he won’t keep me on it for the sake of research. He and I spoke extensively about treatment options, and we both decided together this was the best choice.

Each cancer patient’s choice is individual. What is best for some isn’t best for all. But I also know there’s a significant amount of research done before clinical trials get to the point where they are testing their theories on humans like me. Doctors didn’t randomly decide these four drugs may possibly work on metastatic papillary renal cell carcinoma – their research indicates these drugs have a good chance of working. While I’m healthy enough to sustain a clinical trial, I thought it was important to do so.

People are living on immunotherapy drugs for longer now than they ever have before, and that’s thanks to the patients who went before them and were willing to be part of a clinical trial. I’ll likely be on medication for the rest of my life, but that’s nothing new for me. If I can contribute to science and to finding new treatments and maybe even a cure for this wretched thing called cancer, if I can prevent even just one person from being devastated by the news I received in May, then by all means, sign me up for the circus. Cue up the spotlight and the music because I’m ready.

One thought on “Monkey On Display”